There has been a lot of buzz about the US Food and Drug Administration (FDA) statements alerting pet owners about a possible link between dilated cardiomyopathy (DCM), a type of heart disease, in dogs eating diets containing peas, lentils, potatoes and other legume seeds as main ingredients. These ingredients are commonly found in diets that are advertised as “grain-free”.1 The initial statement from the FDA suggested a potential relationship between the amino acid taurine and DCM in dogs.

Subsequently, on February 19th, 2019, the FDA released an update regarding their ongoing investigation.2 The report outlined the characteristics of the 294 dogs with DCM reported to the FDA between January 1, 2014 and November 30, 2018, as well as the results of some preliminary product testing that has been performed. The product testing revealed similar levels of multiple nutrients in grain-free and grain-containing products, including nutrients implicated in the development of DCM (taurine, cysteine and methionine).

On June 27th, 2019, the FDA released their third status report related to their ongoing investigation.3 The newest report included a total of 524 cases of DCM (515 in dogs, 9 in cats), most of which were submitted after the initial public alert was released in July 2018. The report also identified pet food brands that have been most frequently named in DCM cases reported to the FDA. However, the FDA has not yet confirmed whether or how these case reports are linked to diet. The FDA will continue to investigate if there is a link between grain-free diets and the development of DCM in dogs.

Why were these reports released? Some veterinarians reported to the FDA that they had observed an increase in DCM in dogs that were being fed grain-free diets. As a public health agency, the FDA released these reports to bring this issue to consumers’ attention so that any new information can be reported and collected by the FDA. It is thought that foods with high levels of peas, potatoes, and lentils may cause low taurine levels in dogs and contribute to heart disease.

However, some dogs with DCM on grain-free diets showed normal blood taurine levels. DCM is also reported to occur in dogs eating diets that are not grain-free.1 Millions of healthy dogs around the world eat grain-free diets their entire lives; this is the first time that grain-free diets have been implicated as a potential cause of heart disease. Complicating the matter further is that genetics may also play a role in the development of DCM.4 So, what is going on? To dive deeper into this issue, we must look at what is currently known about the relationship between diet and the development of heart disease in dogs.

Taurine is a unique amino acid. Most amino acids are used to make protein, but taurine is a free amino acid in the body.5 Though the exact function of taurine is not entirely understood, it is known to be involved in heart health. In dogs and cats, taurine also plays an important role in activating bile acids in the liver, enabling them to break down fats.5 Cats must get taurine from their diet, but dogs can make taurine using two other amino acids, methionine and cysteine. Therefore, taurine is not considered necessary in dogs’ diets if enough methionine and cysteine are present.5 Although the methionine content in pulses is lower compared to animal-based proteins, this can easily be accounted for by using ingredients rich in this amino acid or using supplementation.6

This Issue is Not New…

This is not the first time that diet has been linked to heart disease in dogs. In the early 2000’s, before grain-free diets became mainstream, some lamb and rice diets were identified as being correlated with low taurine and heart disease in dogs.7 It was suggested that the lamb meal in these diets did not provide enough methionine and cysteine.7 However, it could not be confirmed that lamb meal was a direct cause of heart disease in dogs. Instead, it was realized that the diet as a whole must be considered to make sure it provides all the nutrients dogs need. This causes one to ask, “why are peas, lentils, and grain-free diets being blamed for causing heart disease in dogs, when we know that ingredients themselves are not the issue?” The challenge is that pointing a finger at ingredients without more in-depth information causes panic and uncertainty for pet parents without providing any fact-based answers or solutions.

Not All Protein is Created Equal

In terms of protein, the type is just as important as the amount in the diet. Taurine and its precursors, methionine and cysteine, are naturally found in animal-based proteins. Therefore, diets that contain an adequate level of high-quality animal protein should provide sufficient levels of taurine.8 However, lower quality animal-based proteins (i.e. those that provide low levels of one or more essential amino acid) may not provide adequate methionine and cysteine for dogs to produce enough taurine. Knowing this, it’s critical to consider ingredients’ protein quality when formulating foods for both dogs and cats. Pet foods are also often supplemented with single amino acids, particularly methionine, lysine, and taurine, to ensure they contain sufficient amounts.5

How Does Cooking Affect Amino Acids?

Cooking can also affect protein and amino acids in food. Different formats of pet food (e.g. canned versus kibble) require different cooking temperatures. Cooking pet food is also required for food safety. However, cooking protein at excessive temperatures can potentially lead to the destruction of amino acids which can decrease the amount of amino acids available for an animal to use.9 On the flip side, not cooking ingredients enough can also be an issue. For example, some ingredients in their raw form may contain factors that can affect the absorption of other nutrients.9 Because of this, it is important that the effects of cooking on amino acid availability are accounted for when formulating pet foods.

The amount and type of dietary fibre in a food may also affect taurine status. In the body, bile acids joined with taurine support fat digestion. Bile acids are then reabsorbed in the small intestine to be used again. However, certain types of fibre are thought to bind with bile acids causing the bile acids to be excreted in the feces rather than reabsorbed.10 When this happens, the body must use more of its taurine to make bile acids, and this can decrease blood taurine levels. Furthermore, the types of bacteria in the gut may also impact taurine status. More research is needed to investigate the effects of dietary fibre and gut bacteria on taurine status.

Since the first FDA report was released, there has been a growing body of evidence to suggest that a definitive link between DCM and specific diets or ingredients cannot be made. Most recently, in June 2020, a highly qualified team of board-certified veterinary nutritionists, cardiologists and PhD researchers published a literature review on DCM in dogs in the Journal of Animal Science. This review, which examined more than 200 studies, concluded that there is no definitive evidence to suggest a relationship between grain-free diets and DCM. The authors further explained that the information that has been distributed to the public thus far has largely been comprised of incomplete information and conflicting opinions. Based on their review of the literature, the authors stated it is “impossible to draw any definitive conclusions, in these cases, linking specific diets or specific ingredients to DCM.”11

Additional research since the first FDA report has included two research papers which showed that dietary-associated DCM may occur with some grain-free diets,12 but that the cause is likely multifactorial, resulting from a combination of dietary, metabolic, and genetic factors.13 A cause- and-effect relationship between DCM and grain-free diets has not been proven.14

Another study published in January 2020 examined the effects of diets containing different carbohydrate sources on taurine status in dogs.15 The results found that there were no differences in overall taurine status or crude protein digestibility between dogs fed grain-free or grain-inclusive diets. Some differences in bile acid secretion were observed between the two diet groups, which may indicate that different carbohydrate sources impact gut bacteria populations and taurine metabolism. However, the effect of these differences needs further study. This was the first study published in dogs that evaluated the effect of grain-inclusive versus grain-free diets on factors that may contribute to the development of DCM. This study further supports that a variety of factors in addition to taurine status should be considered when investigating a potential relationship between DCM and grain-free diets.

An in-depth scientific review has also been published on canine diet-associated DCM by an expert panel of scientists led by researchers at the University of Guelph.16

What Can We Conclude?

Overall, it is important to remember that “correlation does not equal causation”. Not all grain-free diets are nutritionally equal, and it is likely misguided to point fingers at single ingredients or the “grain-free” aspect of diets as the cause of heart disease in dogs. The evidence shows that the issue is complex with both genetic and dietary factors likely being involved in the development of canine DCM. While FDA researchers work to uncover science-based facts and compile a comprehensive report, we recommend contacting your veterinarian with any concerns about your pet’s health.

Dr. Jennifer Adolphe has a PhD in companion animal nutrition from the University of Saskatchewan. She previously completed a master’s degree in human nutrition and is the recipient of more than 20 awards and scholarships for her academic work. Wow! 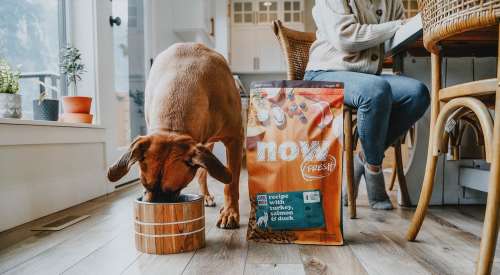 Do you know the benefits of carbohydrates in your dog’s food? Learn more about why these energy sources are important for your dog’s overall health. 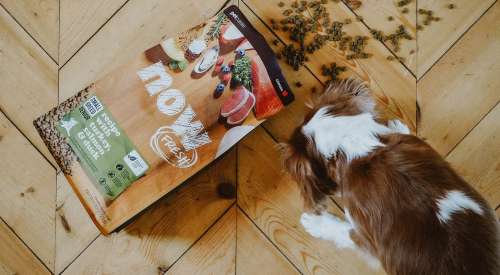 Did you know that diet can impact yeast infections in dogs and plays a role in your companion’s health? 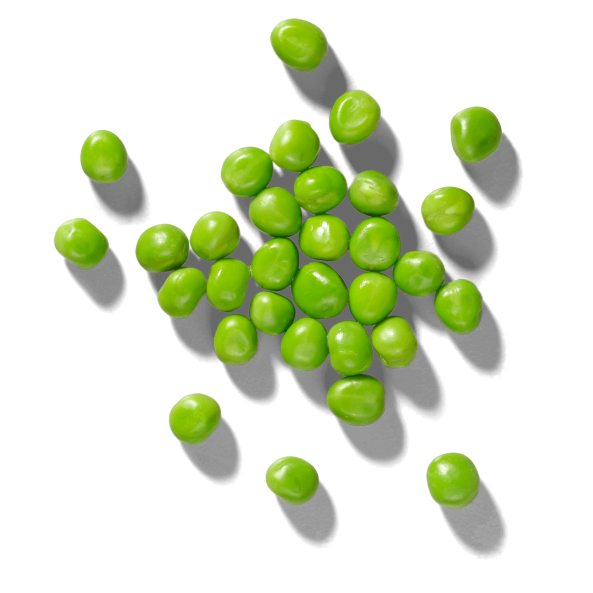